Betty and I visited Chicago in October 2012… and it was a blast! Since it’s #TBT, I decided to do a post in reminiscence of one of my favorite trips… to Gotham City. I have to start off by saying that late September through October is probably the best time to visit (especially for us from the West Coast who don’t know what a real Winter feels like). One of our first stops when we got to Chicago was Cloud Gate. For being a large bean, it’s pretty spectacular… and the browning leaves in Autumn, made it that much better!

The rest of the trip was filled with a ton of other amazing sites such as the Jay Pritzker Pavillion, Buckingham Fountain (the famous fountain that’s in the intro of ‘Married With Children’), Harold Washington Library, the Art Institute and the Magnificent Mile. 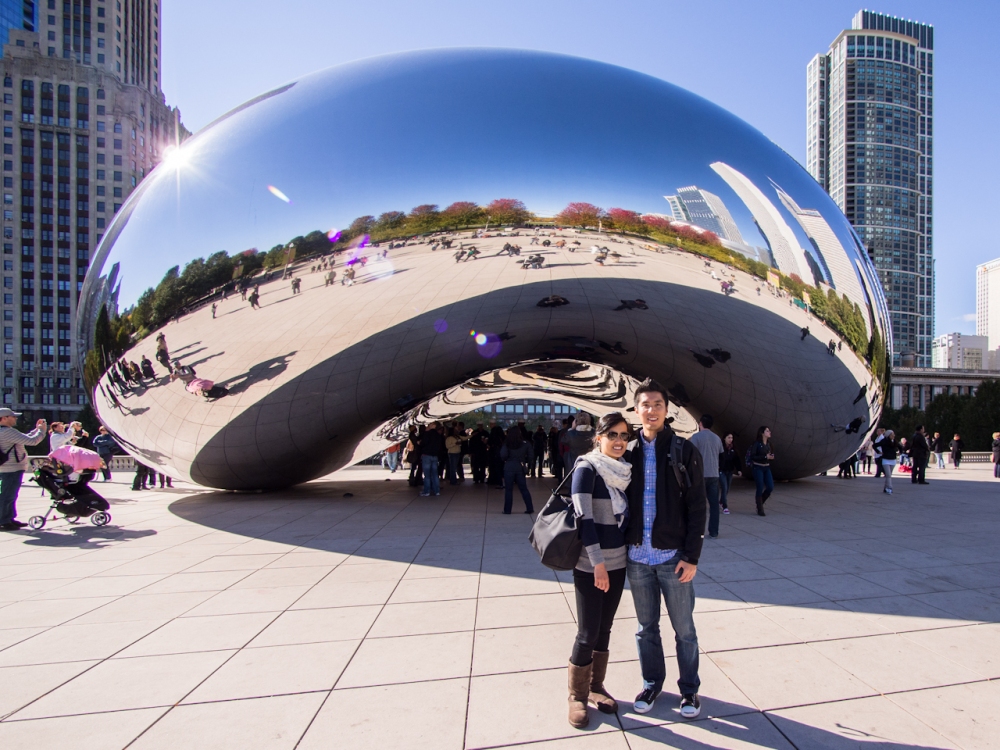 Here’s one of my favorite shots from the Navy Pier:

Don’t miss out on the Shedd Aquarium if you have a chance! It’s right near Soldier Field. 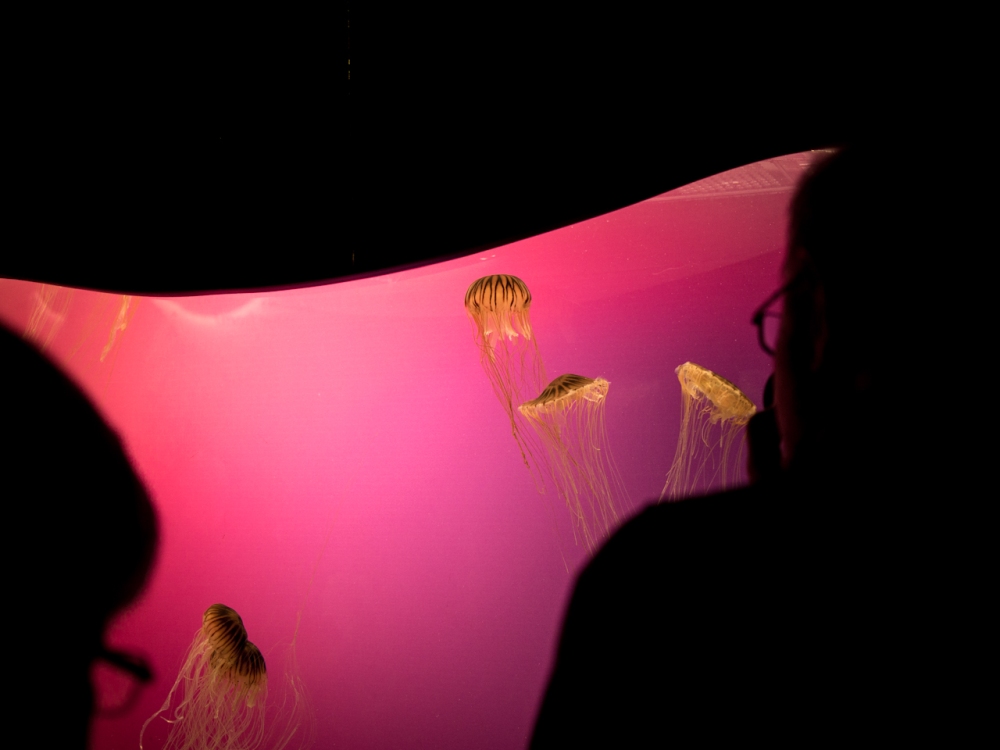 But what would a trip to Chicago be without great food? We obviously had to stop by Lou Malnati’s for some deep dish pizza. Another casual lunch was at Potbelly, where we enjoyed some home-style deli sandwiches. But the three places that were at the top of our list were The Purple Pig, Girl and the Goat, and  Tru. Yes, we missed out on Alinea since it was completely booked for a private thing all week.

The Purple Pig was awesome as it was small and cozy. The tables were made of solid wood and often times people shared long bench style seating. The decor was mostly raw wood and felt very comfortable as it started to rain a little bit that night. Obviously, we had some pork, but we also had the best bone marrow that I’ve had (pictured below). We topped the meal off with a nutella panini which was surprisingly good.

Another fun place was Girl and the Goat. This place is a bit of a hike if you’re walking from say the Magnificent Mile, but it’s definitely worth it. We had fries cooked in pork fat, a kohlrabi salad, fried oyster, pork cheek with an egg on top, miso glazed string beans  and an amazing pork shoulder pictured below.

Finally, our finest meal of the trip was at a restaurant called Tru. This was definitely your coat and tie type of place. But being from SF, I got away with just a blazer and some jeans. Who cares if you can foot the bill right? This was a 9 or so course tasting menu that consisted of caviar, a coconut curry salad, house-made fruit sheets, raw scallops, and a bunch of other stuff I forgot. However, dessert was served on via Monkey! (see below)

On our last day and a half, we squeezed in a boat tour and a visit to Willis Tower. The boat tour was interesting as it really put on display the amazing architecture that Chicago has to offer. We basically started at Michigan Ave. and went all the way down to the Navy Pier. They did a great job telling us about the 100+ bridges that Chicago is on as well as the great fire that wiped out a bunch of Chicago early on. We also got to explore the Bridge Museum which let us inside a drawbridge to see the mechanics.

Finally, we ended our trip with a visit to Willis Tower right before catching our flight home.