This past Presidents Day, we decided to tag along with our friend Ansen to Sequoia National Park. Sequoia National Park is approximately 4.5hrs South East from the Bay and is on the Western side of the Sierra Mountains. We drove down on Friday afternoon to beat some of the rush traffic and to have two whole days to explore the Giant Forest and Sherman Tree areas.

On Day 1, we visted Sherman Tree and then drove down to the Giant Forest Museum before heading off to our hikes.

Our first hike was short, we decided to head over to Sunset Rock and get a sense of how the terrain would be. While it was a warm winter (50-60’s), there was still snow on some parts of our hike… but it was a nice change from our typical scenery.

Next, we took a bit of a longer hike to Moro Rock and Crescent Meadow with a few stops in between. 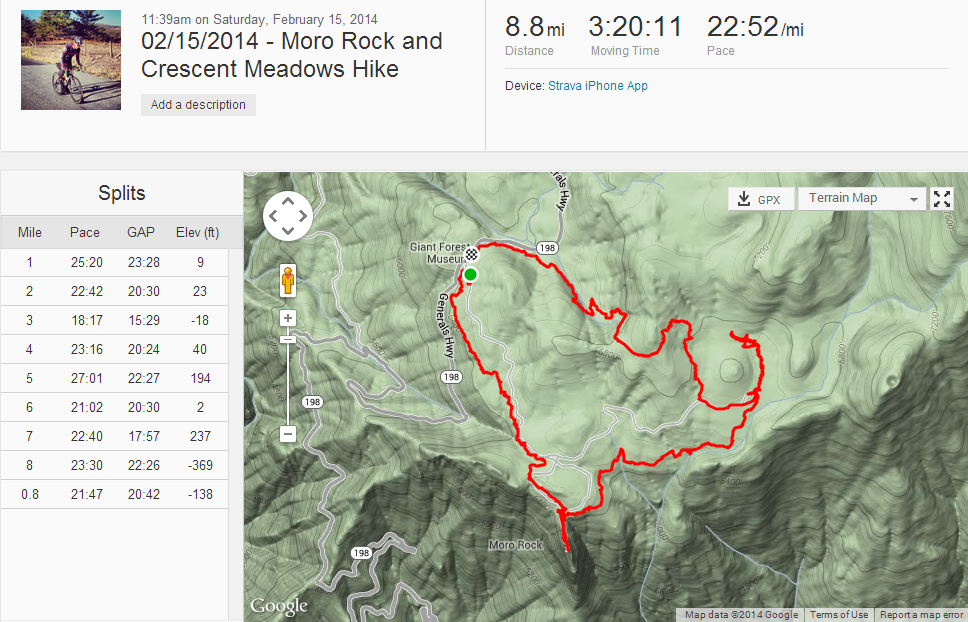 Here’s Betty after almost 350 steps up the rock.

Amazing view of the different peaks off in the distance. Mt. Whitney is just behind the center of those peaks.

Looking back into the valley. Lots of fun windy roads!

A vertical perspective to get a good view of the different layers. 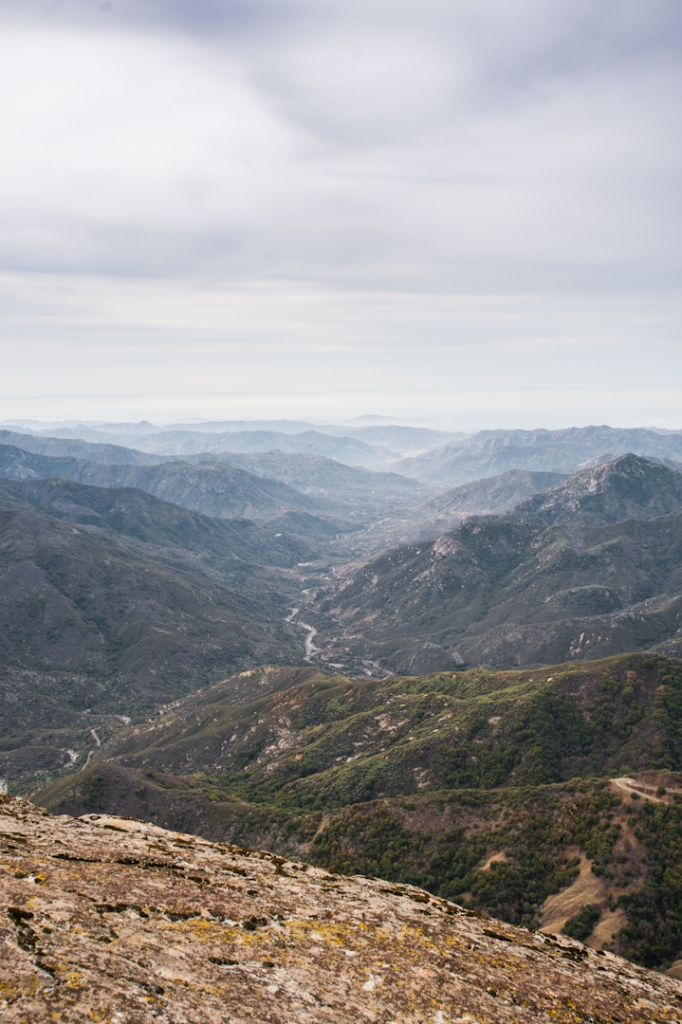 We concluded day 1 with a nice stop-over at Bobcat Point before getting lost in the Crescent Meadows and then finally finding our way out of the forest and back to the car at the Giant Forest Museum. 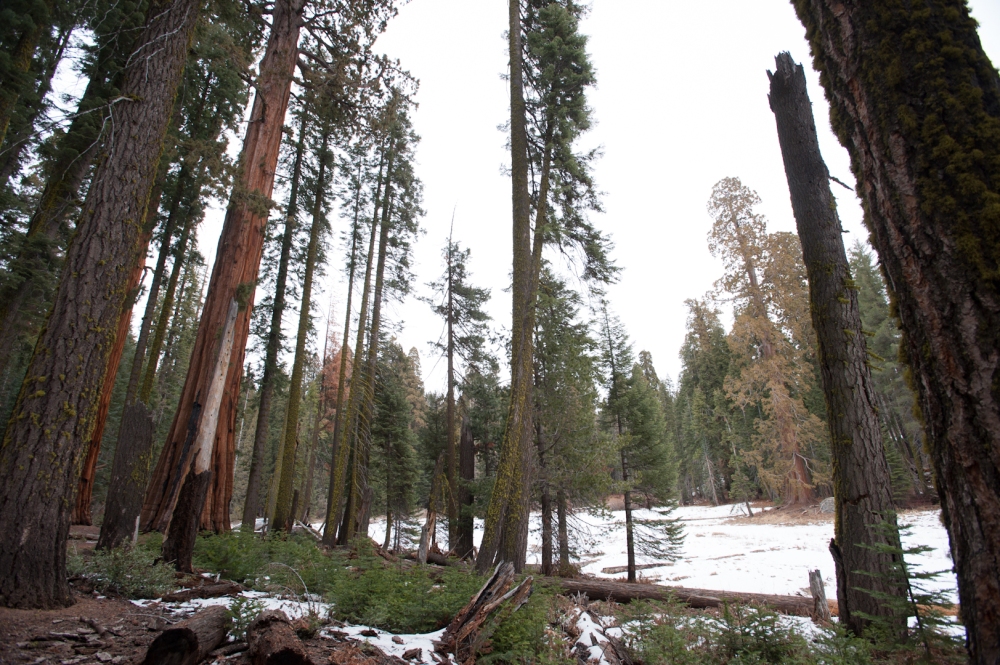 Day 2 started again in the Sherman Tree area and we decided to do small loop to see all of the different named sequoia trees. These trails were much more traveled and had signs for all of the different trees. Some of the ones we saw were The President, The Senate, The Cloister, etc… We also traveled off path a little to get some nice vantage points of the valley as we were still over 6k ft elevation.

I decided to spend most of this day with my 85mm f/1.8 as well. It is really a great way to get deep into the micro beauty of the forest and trees.

Betty’s also got an arm! This was one of many snowball fights. 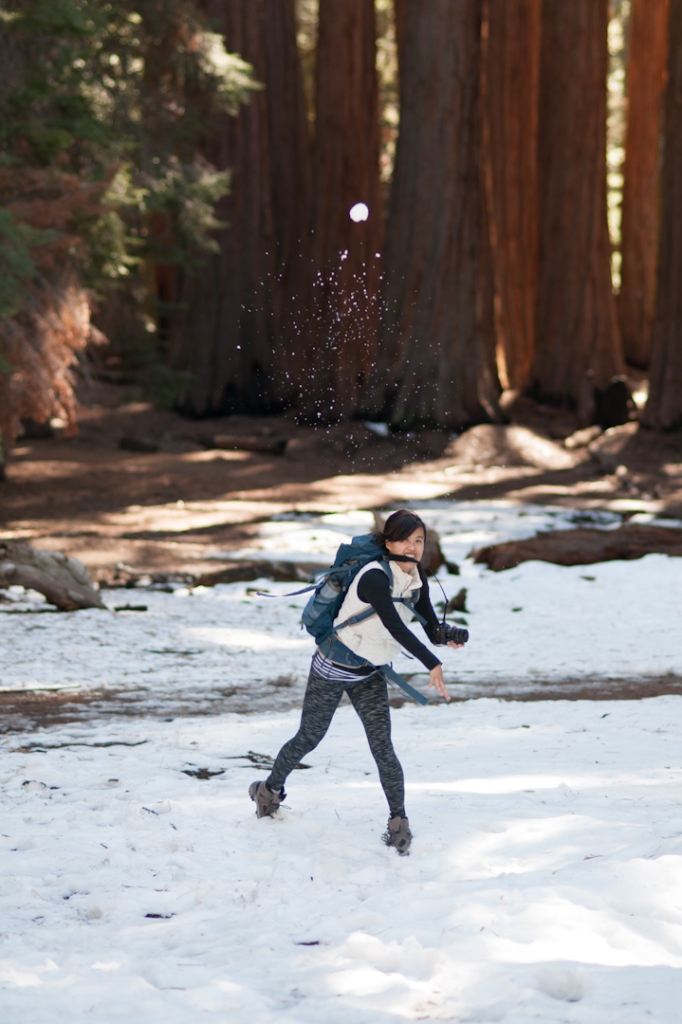 Little trees sprouting from under the giants.

A different meadow, but it was very calming to see these. Also, it was very clear that the deer would come here as we often saw hoof prints.

These were our prints :). 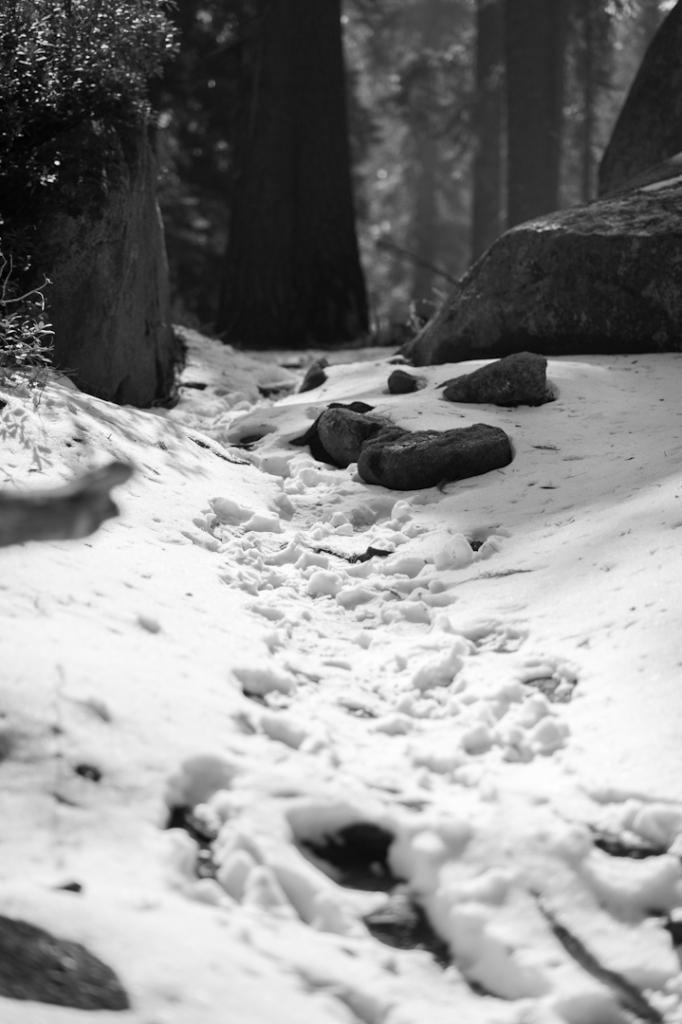 It’s inevitable that trees will fall, it’s crazy how soft they become as they break back down into the earth.

Finally, we learned that the bark on the older trees are very flame retardant. However, some parts of the large trees fall to forest fires. Here’s an example of a big one with a huge battle scar.

Finally, we ended day two with an attempt to see the sunset. Once again, we set off to Sunset Rock but after spending nearly an hour there around sunset, the fog rolling in seemed to have put a hamper on our plans. However, we rushed back to our car and decided to give the closer Beetle Rock a shot. Boy was that a success!

Beetle Rock turned out to be just the perfect place for a sunset.

Another great view from the rock.