Woo, it’s been over a month since I last posted. It’s been a crazy fall season both personally and at work. I’ll probably post an update on that stuff sometime in the future. But for this post, I wanted to do a quick Throwback Thursday (technically it’s still wednesday). Back 5 years ago when I started to really fall in love with beach sunset shots.

I’ve always been a sucker for the beauty and romance of the golden hour. It’s what you always see in the movies and it’s the time of the day when everything is just a little bit more special. Even when I travel, I try to be outside or in transit around that hour, just to make that one sight just that much better. One thing of note is that the cooler time of the year lends well to better sunrises and sunset. The extra density and moisture in the air creates more stunning colors and a light fog or low clouds help a bunch.

For this particular set of shots, it was a clear late summer evening. It still dropped into the low 50’s by the time the sun was setting, but it didn’t get too cold. Sutro Baths in SF is a pretty popular tourist spot as it has a little bit of cool history and the ruins aren’t something you’ll see in too many other places.

The shot above was taken basically from the parking lot.

Similarly, this one was as well. This is one of my absolute favorite style type of shot – a bed of flowers that then draw your attention into the ocean and sun setting directly in front. I think the large cargo ship adds character to the shot ;). 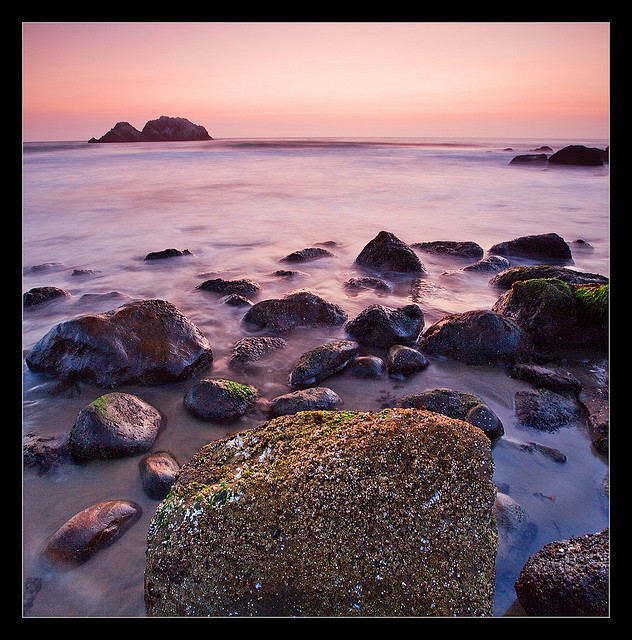 This one above was a long shutter shot with some filters and basically standing directly on top of the rock.

Another long exposure to really draw out the lines of the waves.

The sun was almost down, leaving beautiful colors behind the silhouetted trees. 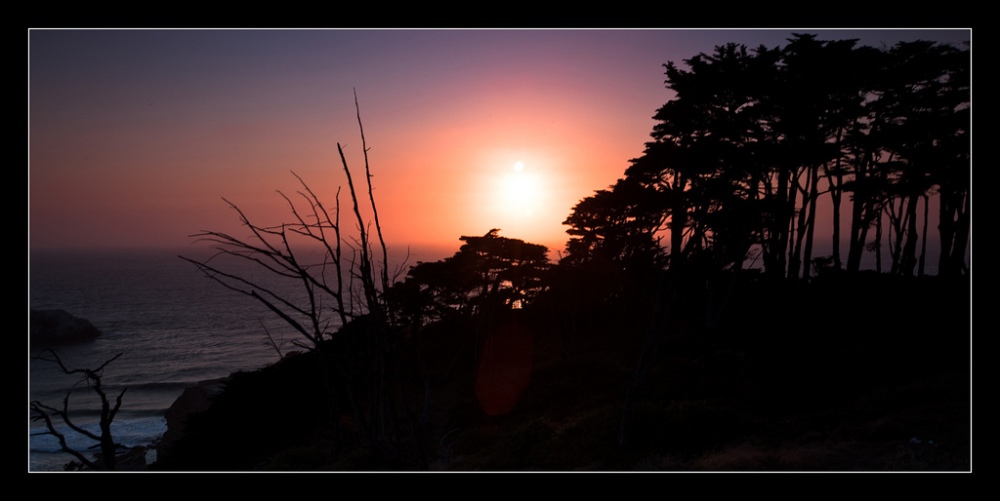 Another angle with the sun.

This shot was actually done completely in the dark. I think the exposure was set to 140 seconds and thus you can see the clouds moving and waves basically completely washed out. The foreground is so lit up due to the lights from the Cliff House Restaurant.

Anyway, tis the season to get out and at a minimum enjoy the great views… even if it starts to get cold!