Over the past couple of years, I realized that I’ve never written about one of my dearest subjects – my dogs! Here are a few topics:

Purebreds in general have more issues – Frenchies double down on that unfortunately. Besides the typical short snout problems, these little critters have more allergies and are prone to back issues given their stoutness and density (nice way of saying they’re little fatties). Fortunately, unlike their English bulldog cousins, they don’t deal with cherry eye as often.

Our two dogs are completely different – Bleu whines at things she clearly can see and even potentially get herself (think a water bottle on the coffee table) and Taro is completely stoic. I guess we over babied Bleu and she learned helplessness. It’s pretty amusing sometimes, but overall a habit we should have broken. An example of Taro was when she was 2, she broke her toe nail outside on a transition between grass and concrete and was bleeding pretty profusely. However, she was just walking around like nothing had happened… leaving a nice trail of bloody paw prints leading all the way into the kitchen. The worst part of pet illness symptoms is that they usually can’t just outright tell you. So when Bleu was hurting earlier this year, we couldn’t tell what the heck was wrong! See the video below as an example of one morning where she was clearly in pain, but we couldn’t tell what was wrong.

And here is Taro two weeks ago when she had to go into the emergency vet (probably because of something she ate). She was standing and/or laying uncomfortably while visibly shaking.

This goes both ways, these little girls unconditionally love us regardless of how long we’ve been out of the house, away on vacation or even leaving them with their grandparents in Sacramento. The same goes for us – while we can complain about accidents or them being annoying or having x, y, z problem, we do everything in our power to make sure they are fed, happy and healthy!

Bleu, is a cat-dog, princess and clean freak. She refuses to play in dirt, walks solely on the sidewalk and only goes on the grass to do her business. When she crosses the street, she goes directly from one side to the other and if you try to make her go at an angle across the street, she will fight you. Paper and plastic bags are her mortal enemy and anything that’s at least 5″ tall and obstructing her way is a complete road-block. She makes these little “meep” sounds when she wants something… like seeing what’s on the counter, what’s behind an area she can’t physically reach, she sees a toy in her toy bin, etc… you get it.

Of all things though, Bleu is possessive, but only against other dogs. She won’t let another dog near her food, her toys, and even her humans. In short, she does not play well with others. However, with the humans, she’s the best dog. She’s housebroken, low maintenance, cuddly and a great companion… only thing is, she farts a lot. 😂

Taro, is a wild animal. She loves dirt, outside, sun bathing, chewing on any and everything outside (leaves, sticks, bark, dead animals, etc…). She’ll play until she’s completely exhausted and will still want more and is fearless to a fault. We brought her to Fort Funston once when she was young and she nearly fell off a cliff trying to chase these seabirds that were taunting her. See her in action at the dog park below:

Above all else, having these two fur babies has been life-changing in several ways. First, we have to be much more structured with our lives (even the weekends). Being smaller dogs, they don’t have the bladder capacity to be without a outdoor break for more than 8-9 hours (ok, maybe 10). They work best when on a routine (7-8am up, 10-11pm down). And most of all, they have daily needs for diet, exercise and general play/fun time. Good thing a solid 30-45min walk in the morning keeps them good until the evening and a little play time will knock them out. Taro is a bit more energetic and can play fetch with the ball for 30 minutes at full speed.

Having dogs has been one of the best things we’ve done. From the first moment we saw Bleu to the moment we picked up Taro, we’ve never looked back. With ups and downs (as with all things in life), they have shaped who we are, what we do and made us much happier. 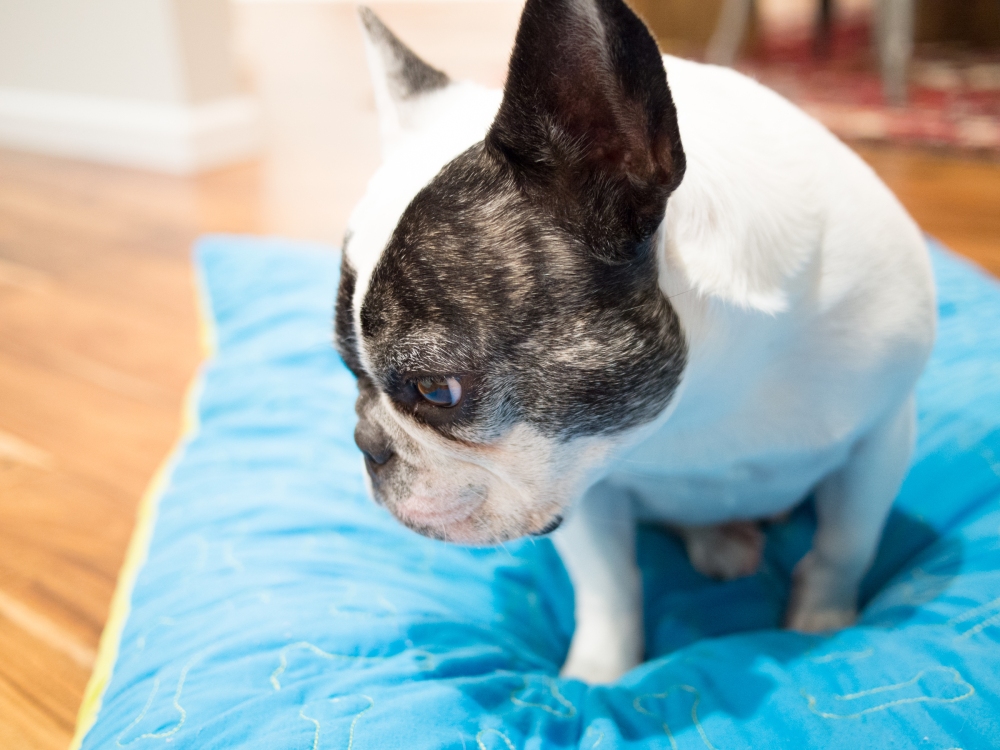 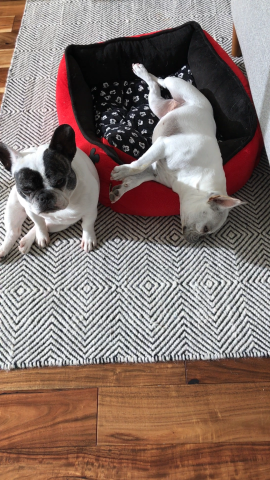 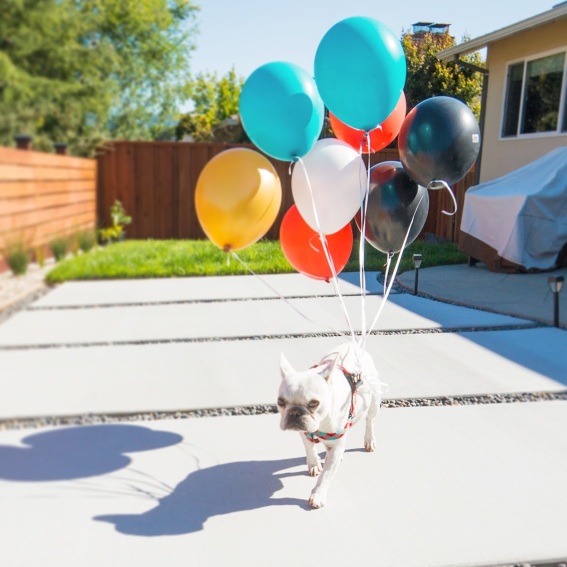 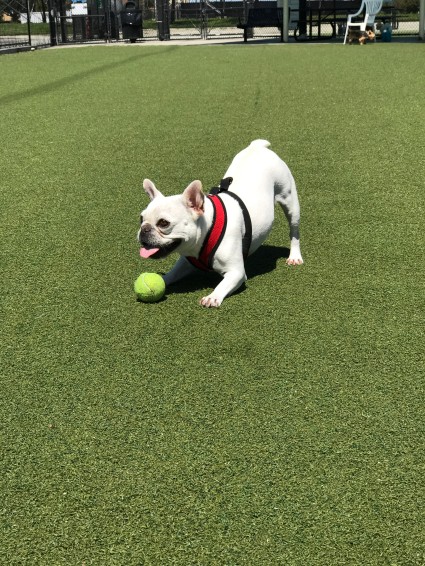 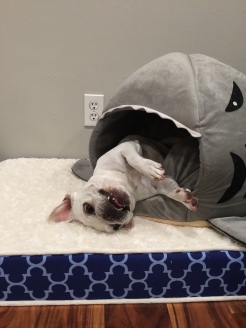 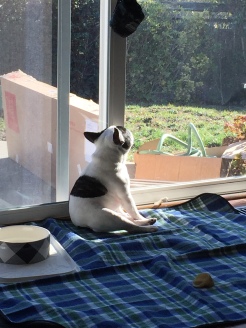 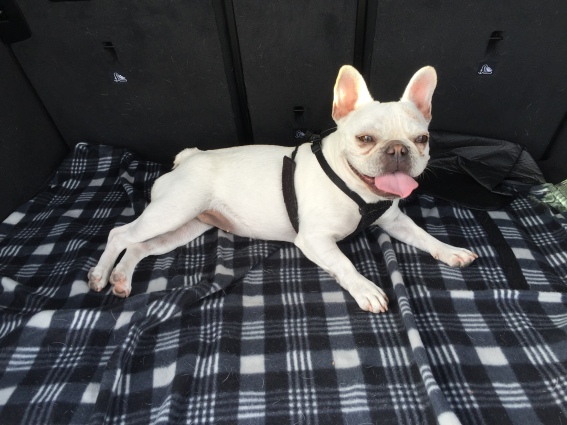 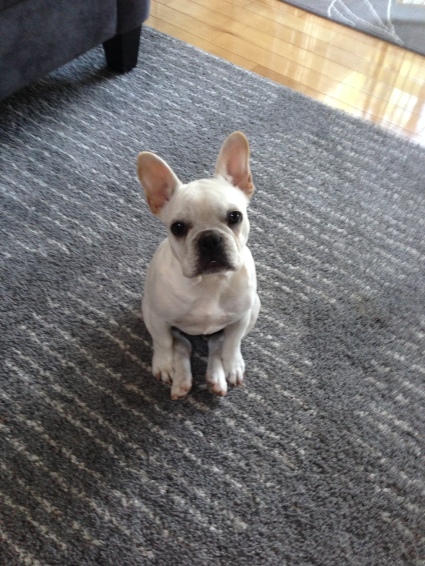 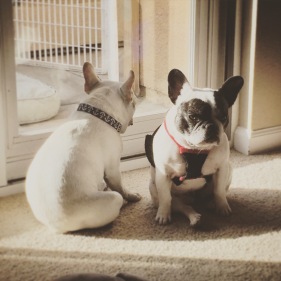