Getting up at 4:00AM isn’t easy, but when it’s vacation, it’s manageable. Our flight to Las Vegas was at 5:30AM and we landed as the sun rose.

We managed to pick up an awesome Hyundai Santa Fe after switching from a Nissan Murano. I say this because we left our entire trip itinerary, hotel reservations and map in the Nissan (oops!). However, we got the Santa Fe as a free upgrade since no one had booked it. We headed off to Food4Less to pick up some food and back to the airport to pick up Kai before driving to Death Valley.

On the way, we passed through a town called Pahrump which seemed to be the sustained by tourists passing through. There were probably 15+ fast food restaurants within a 5 block radius, but we managed to eat a local place called Mama’s. After a full stomach, we headed over to Death Valley Junction which had a historic opera house, hotel and train station. Unfortunately, it was more of a pit stop than anything noteworthy.

Our first stop was Dante’s View, which is probably the top destination at Death Valley and well deserved. Well over 5k ft in elevation, it’s a little bit out of the way to drive to, but is well worth it. The view is of the southwest portion of the valley which is home to the salt flats (the lowest point in the states) and you can get an impressive 180 degree view of Death Valley. 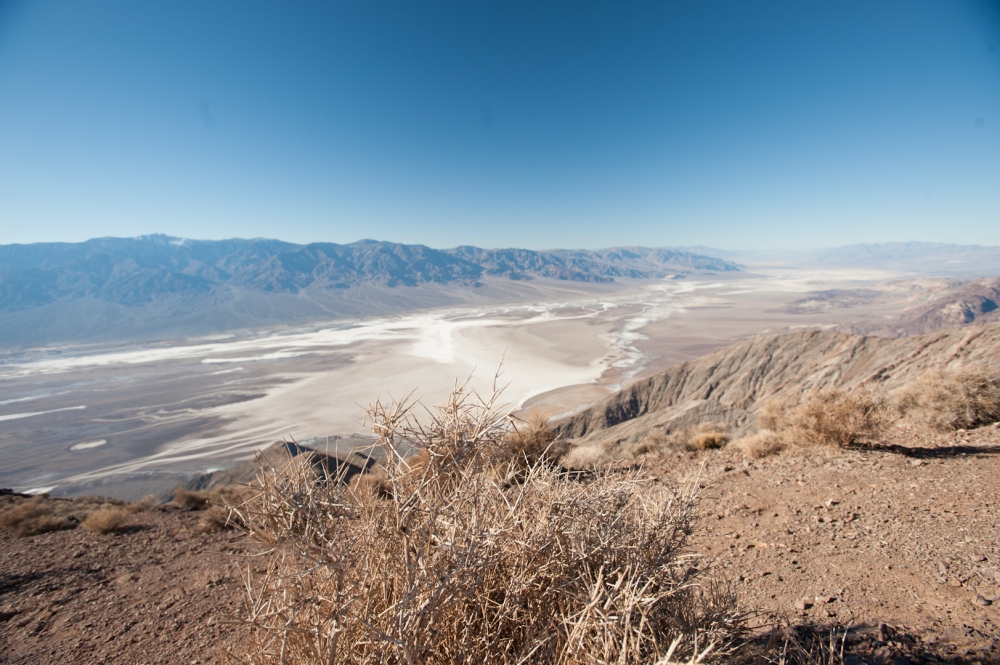 The picture really didn’t do the view justice, but stopping by Dante’s View definitely got us excited to see the rest of the park. Our next stop wasn’t scheduled, but we were curious to see what this 20 Mule Team Canyon looked like, and we were sure happy that we made that stop. It was a historic route where people used to travel through Death Valley via mules, thus the name. This was our first chance to see dirt formed hills and drive off the paved road. 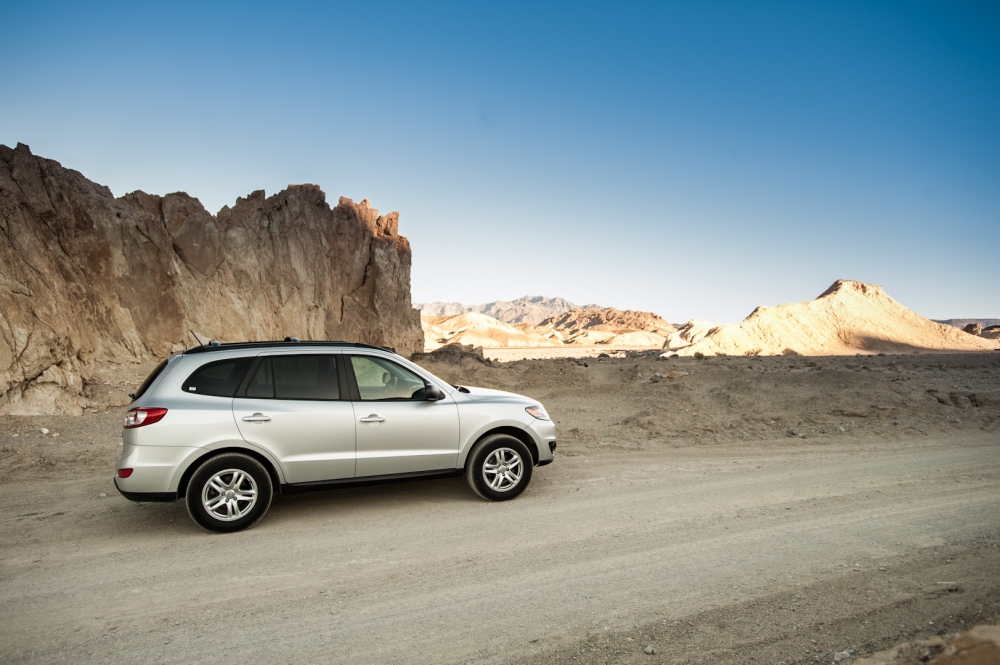 Our trusty Santa Fe handled the dirt roads easily, since parts of the drive ended up being rather bumpy with larger (but smooth) rocks and dips that the Mazda 3 in front of us struggled to conquer. I had done some research before coming to the park, but didn’t actually realize that there were so many unpaved roads, of which this was the first of many that we traveled throughout this trip.

Our next stop was Artist drive for sunset. Given that it had taken the greater part of 1/2 a day to get to DV, we had to rush a bit to catch Artist’s Palette for the sunset (since I hoped that the colors would be more vibrant). We ended up exploring several parts of the 2+ mi dirt drive as the sun was setting, and the 1st picture below is from about a mile into the drive. 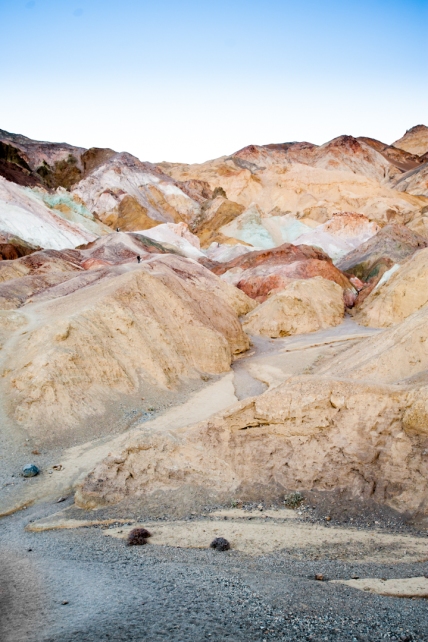 The Artist’s Palette was nice, but I guess I hoped that it would be a little more colorful. However, it was cool to know that things such as zinc, titanium, and magnesium were contributors to the cool colors in the rock. As the sun set, we drove to Furnace Creek Ranch, checked in and grabbed a bite at their Saloon. Note: the food there is terrible and overpriced, but hey, there’s nothing else to eat.

Finally, the night ended with a trip out to Zabriskie Point (where we originally wanted to visit for sunset). It ended up being very dark since the moon was waning… which made nighttime visibility very poor, but visibility of the stars and milky way awesome! Here’s the last capture of the night. 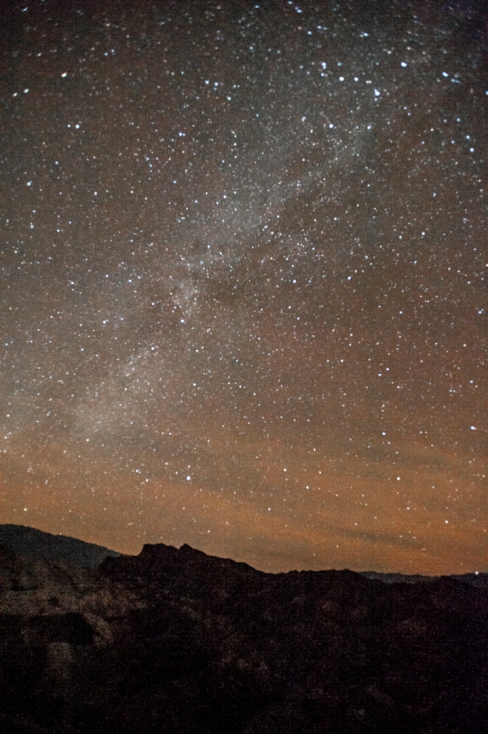